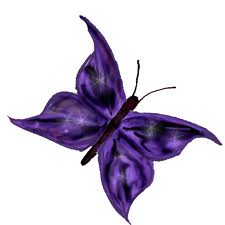 Happy Spring everyone! You can use the extended daylight hours as an opportunity to visit the library. Take a look at the wonderful adult programs planned for this month.
The library will show the movie Hidden Figures starring Taraji Henson, Octavia Spencer, and Janelle Monae. Hidden Figures is based on a true story about three brilliant African-American women working at NASA, who served as the brains behind one of the greatest operations in history: the launch of astronaut John Glenn into orbit. The movie was nominated for three academy awards and is always free at the library – with snacks!
The DIY Club will be making mini tissue paper poms. Have you ever been frustrated with trying to make the perfect bow on a present? Well, forget about bows and learn how to make gifts look wonderful with the tissue pom.  It is easy, fun, and free.
The Book To Movie Club will watch the movie Daisy Miller starring Cybill Shepherd. Based on the Henry James classic novella, Daisy Miller is a 1974 movie set in the 1870s about a young American woman traveling in Europe with her clueless mother and badly behaved brother. Daisy’s erratic, flirtatious behavior confuses and irritates many of the people she meets causing her to be left out of American European society.
Our next Book To Movie is The Namesake by Jhumpa Lahiri. The Namesake deftly describes the struggles and hardships of a Bengali couple who immigrate to the United States to form a life outside of everything they are accustomed to while their American-born children fight an internal battle to discover who they are. We will watch the film starring Kal Penn in June.
Our fourth and last installment of Pushing the Limits, a book club meets science café type program will happen at the end of April.  We will be reading John Browne’s book The Seven Elements that Changed the World: An Adventure of Ingenuity and Discovery and discussing the scientific connections within the book and within our everyday lives. Dinner will be provided. This program was made possible by a grant from the National Science Foundation.