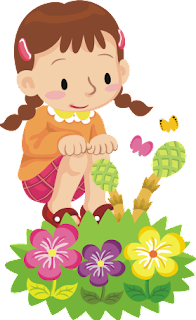 Happy Spring everyone! You can use the extended daylight hours as an opportunity to visit the library. Take a look at the wonderful adult programs planned for this month.
The library will show the movie Brooklyn starring Saoirse Ronan. The movie was nominated for best picture and best actress and tells the tale of a young Irish Immigrant coming to New York in the 1950s. She falls in love with a man from New York but, she also meets and falls in love with another man while visiting Ireland. Torn between two countries and two loves, she has to make a hard choice.  The movies are always free at the library – with snacks!
The DIY Club will be decorating corner bookmarks. Join us as we turn colorful paper into a variety of cute and useful book accessories from animals to creative designs.  Warning: You will become addicted to this craft.
The Book To Movie Club will watch the movie Sense and Sensibility starring Emma Thompson and Kate Winslet. Based on the Jane Austen classic novel, Sense and Sensibility is a 1995 movie about two sisters, finding love, one following her brain and the social norms of early 1800s England and one following her heart to the possible detriment of her character. If you haven’t read the book, no problem, you can still see the movie.
Our next Book To Movie is What’s Eating Gilbert Grape by Peter Hedges. What's eating Gilbert Grape is just about everything and everybody in Endora, Iowa--his mother, who has been eating herself to death since his father's suicide; his Elvis-fanatic sister who is following her example; his little sister Ellen, the town beauty; and his mentally disabled brother Arnie. This is a heartwarming, exhilarating debut novel by a very gifted young writer.  We will watch the film starring Johnny Depp, Juliette Lewis, and a young Leonardo DiCaprio as Arnie in June.